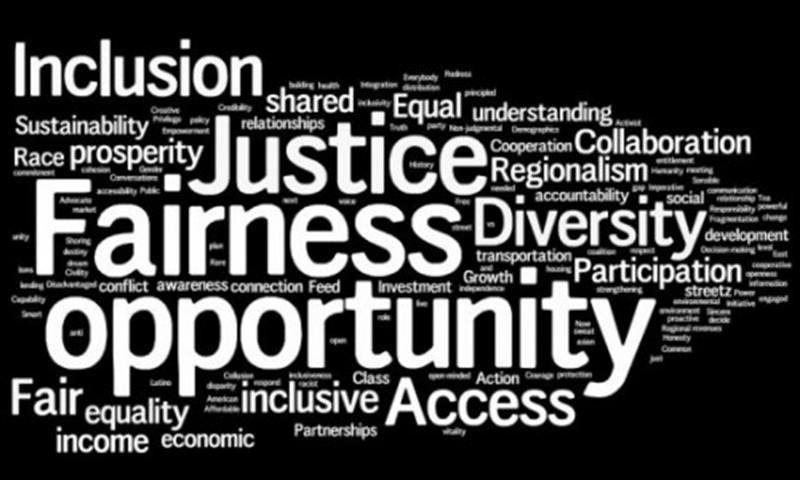 Just over three years ago Michael Brown was shot dead on the streets of Ferguson, MO, by a cowardly police officer. Was Michael Brown completely innocent of any crime? Probably not, but that’s not the point. As far as I can tell he was guilty of petty theft, jaywalking, and assaulting a police officer, none of which are crimes that typically result in the death penalty. After the officer shot Michael Brown dead for failing to comply with whatever order was being shouted at him he was left out on display in the street for no less than four hours. That night, crowds gathered to protest the police violence. The evening news quickly began defaming Michael Brown, as if anyone deserves the treatment he received before or after his death. For the next several weeks peaceful, if loud, protests were mounted. Anarchists and those who did not know how else to channel their rage turned to violence and property destruction.

I was not aware of any of this the first night. I had stopped watching local news years before due to their insistence that I fear the city I lived in. I knew nothing about it until my mother phoned me worried about our safety, especially mine, since my workplace was in the vicinity of the event — one town over, actually. She explained to me what was happening and I dismissed it rudely saying, “It’s not Chicago ’68, Mom!” It wasn’t, and my mother didn’t deserve that treatment, either, but it was as close as I ever want to see in my life. Protests and violence went on night after night. People I knew, including clergy and professors, got arrested for being protesters, and the news media painted all of them as rioters.

The morning after the first protests I received a call from the mother of my student worker (a young black woman dependent on public transportation) to make sure that she had arrived to work that day. I had to tell this poor worried mother that, indeed, her daughter had arrived safely and was busy working, as usual. I shouldn’t have had to do that. 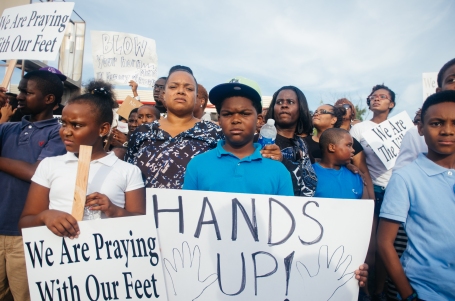 What I came to know about the media coverage on television, radio, and in print was very clear. The protesters were violent thugs and the police were justified in treating the protest area like a war zone. All of the white people in my social media thread who were not in the immediate area, and some who were, took that as gospel truth and the concept of protesting anything took on a negative connotation.

There were bright spots. There were stories about parents bringing their children to the protest sites the morning after to clean up what damage had been done as an object lesson in taking responsibility for one’s community; about showing what good communities do. Some police joined the protesters in full uniform. The Ferguson Public Library made headlines by providing a safe space for all and, since the protests took place the same week as the start of school, provided space for volunteer teachers and aides to give educational opportunities to the kids whose school was delayed starting and whose parents couldn’t afford the additional daycare. These activities brought Ferguson’s public librarian, Scott Bonner, national attention and won him the Lemony Snicket Prize for Noble Librarians Faced with Adversity. I was fortunate enough to meet Scott on a few occasions and he always humbly claimed that they were only doing what public libraries do everyday. Maybe, Scott, but many would not have done it under those circumstances out of fear for their own and everyone else’s safety.

I’m not too proud to admit that prior to this event I’d been tucked away in my white male privilege bubble. I “got woke” by my proximity to these events. Prior to these events I would have said that race didn’t matter; that I never thought about race; that paying attention to race is what made it real, etc. After Ferguson I could no longer stay in my Midwestern white male shell anymore. I was changed.

Time went on and I stayed woke. I voted for Bernie, then I had to settle for Hilary — whom I believe would have been a great president in her own right. I marched for women, against DAPL, and for science. I voted for Tishaura Jones, whom I believe should have been the the first black woman to be mayor of St. Louis, instead had to settle for the first white woman who represented the status quo. I didn’t do these things because they were trendy. I did these things because I thought they were best.

Now, two years have passed since Ferguson. I’m in a new job in a new city. My new city is much more integrated than my old city and my workplace is the most diverse I’ve ever been a part of, but never have I forgotten the change in me. Now, in the wake of Charlottesville I’m brought back to these feelings.

I write about my thoughts on the academic librarianship, my service philosophy, mental health in the workplace, and leadership. Occasionally, I veer off on tangents, but that list covers what I generally write about.

If you have a suggestion for a topic I’m taking requests.