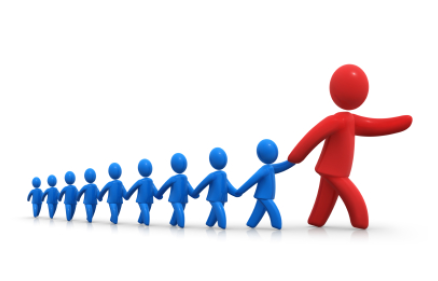 I’m new to being a boss. I’ve supervised student assistants for years, but this is the first job in which I’ve supervised “grown-ups.” Currently, I have five full-timers and two part-timers underneath me, not counting the small army of student workers they supervise. There are whole ranges in libraries that contain everything I don’t know about management and leadership. Everything I do know I learned from my own bosses through the years.* Mostly, what I learned was not to do. I have had a lot of bad managers; some of whom probably never should have been in a position of power. I learned good things from the few good ones I’ve had, too.

One of the best things I have learned is communication. I don’t mean communication theory, or the importance of sharing information (very important, of course). I mean how one communicates. In a toxic work environment no one feels valued. If one does not feel that one has input, then one’s interest in performing at a high level is probably the first thing to go and the organization begins to suffer.

In my previous job there was essentially no library outreach, and social media was viewed suspiciously or derisively. There was no effort to post to social media unless there was a change in service hours or (rarely) if some special event was going to take place. Thinking myself a savvy Xennial and enthusiastic library employee I took it upon myself to begin an Instagram account for my library one Thursday. I made a few posts that day and a few more on Friday. I talked to a colleague who had access to the library’s Facebook page and he gave me the login so that I could cross-post. It is true that I asked no one’s permission prior to this, but neither was I violating any posted university or library policies. By Monday, mine and my colleague’s access to Facebook had been surreptitiously rescinded, and by Tuesday I received a phone call from my boss who had been away at jury duty (!) saying that I was to cease and desist my posts and that he got told that someone else was “embarrassed” by my actions.

Who was embarrassed? I don’t know. What did they think was so terrible? I don’t know. Why was this of such importance to contact my boss while he was off doing his civic duty? I don’t know that, either. I don’t know any of that because no one ever communicated with me until my boss called me from the courthouse. I took on the risk at the beginning because I was thinking I’d try “ask forgiveness rather than permission.” But I was never able to ask forgiveness since my accuser never approached me. No one was courageous enough to get my attention and have the difficult conversation with me. They ranted about me in some other room and then told my boss to reign me in, but no one ever tried to work with me.

No one was courageous enough to get my attention and have the difficult conversation with me.

In another instance a different colleague had an excellent idea for streamlining the department, improving services, and even saving the library money in salary. He went to our boss with the idea. I got involved because the change would affect how I do things. I saw the idea and, too, thought it was great. Our boss agreed and moved it up the ladder. Within a day the big boss came back with a response that said exactly, “None of this is possible.”

That was the whole response. There was no, “Wow! That’s a great idea for the future but unfortunately at present time it is not a feasible change.” Or, “I’m sorry we can’t do that right now, but please, keep thinking of ways to improve the department.”

We got nothing. Nothing supportive or encouraging. Nothing to show that our work or input was valued. Nothing to show that any good idea could could come from the bottom, even if it was not practical at the time. In both examples, low level employees were treated like they had no value, regardless of their work history, attitude, or intentions, and all our bosses had to do was to take a moment and use a softer touch.

In both examples, low level employees were treated like they had no value, regardless of their work history, attitude, or intentions, and all one had to do was to take a moment and use a softer touch.

I’m not arguing that employees need to be coddled, or that every suggestion from above, below, or beside needs to be seriously entertained. Some ideas are just silly. But is it it so difficult to look someone in the face or write an email to explain your thinking? We’re not exactly doing national security work, here. There is no need for secrets and there is no need for flippant dismissals.

The Instagram incident, frankly, does not paint me in the best light. It shows that I have a stubborn provocateur streak in me that comes out sometimes. The truth is, though, that I never would have tried it had I thought I had something to lose. My reputation in that workplace was already as a loud and up-jumped trouble maker who dared attempt to join the ranks of the “real” librarians. The attempt wasn’t something I could get fired over, because I violated no laws and no policies, so I thought there was no harm in the trying.

But instead of being talked to about it, even sternly, actions were taken in secret and back-channel back-biting found its way to my boss away on jury duty. I was an embarrassment who was not worthy of regard. In the other story, my colleague, already frustrated with being locked in to a role he didn’t appreciate, was made to feel that he, too, had little value regardless of the amount or quality of work he did.

There was nothing that was going to salvage my reputation in my last workplace, before or after the Instagram incident. And I don’t know if anything would have helped my colleague other than simply getting a different job someplace else. However, both incidents could have been handled much better with better quality of communication. For starters, our humanity could have been acknowledged on some level. Next, our clear intent to improve or promote library services could have been commended. After that a clear explanation about why the attempt could not work or should not have been tried would have been in order. Instead, we got cowardly tattling and a glib “no.”

No one is obligated to like their boss, and no boss is obligated to like their employees. That being said, there is no good reason to treat anyone like they don’t matter. No matter how busy you are you can always find a moment to soften the “no” and explain yourself. It doesn’t have to be a long and detailed answer and you shouldn’t be hugging it out, but there is always a way to react to your employees with sensitivity and humanity. When I see people in a place of power who don’t seem to understand that, or seem to see their employees and a nuisance, I am always sad and wonder A) how they got to that position in the first place, and B) why they can’t empathize with people. What is wrong with that person?

I was fortunate enough to get out of my terrible work environment. My colleague is still languishing in his. I hope things get better for him, soon. What I’m attempting to do in my first leadership position is to incorporate my experiences in a toxic work environment, observed failures and successes of past managers, and my own humanist values into a cohesive whole that creates an effective and respectful environment for my employees and my superiors. I’m sure to make plenty of mistakes, but creating that environment is why I’m here.

*I learned nothing in my library management class in grad school because my “instructor” didn’t know a darn thing about it, either.

I write about my thoughts on the academic librarianship, my service philosophy, mental health in the workplace, and leadership. Occasionally, I veer off on tangents, but that list covers what I generally write about.

If you have a suggestion for a topic I’m taking requests.